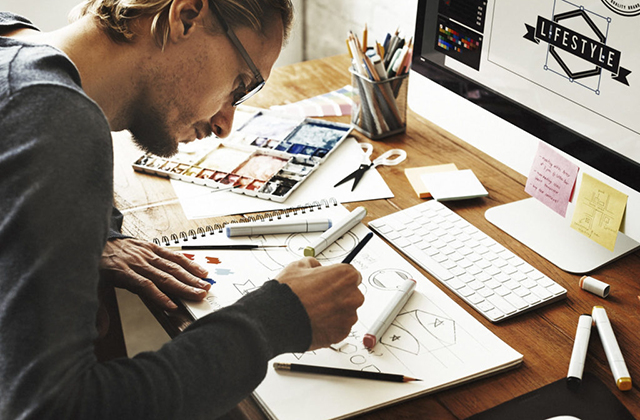 Introduction to the Video Pre-Production Process

Video Production is an amazing and creative endeavor while a freelance storyboard artist plot the story using a storyboard. It can also be a lot of rewarding fun when you are working with the right group of people. This article briefly explains the 5 factors in the pre-production stage of the video production process so you can be prepared and know what to expect once you have committed to creating a video production.

Budget – This item often goes hand-in-hand with the script, after all you can’t write a $50,000 script if you only have $5,000 to spend on your production. For this reason, it is imperative to discuss your budget and expectations with an experienced video producer who can guide you as to which items are most important to relegate the funds to. The majority of video production expenses should be used in acquiring top talent that will perform at a high-level under pressure or time-constraints. This includes the scriptwriter, actors, director, camera operators, make-up artists and video editors. A good budget should take into account all possible expenses for the video production including travel, legal fees, administrative costs, licensing fees, and production & post-production costs. You may have heard the phrases “above-the-line” & “below-the-line” this refers to a distinction between the most influential and creative roles of a film, and the rest of the crew. Generally Actors, Directors, Producers, and Screenwriters are above the line.

Script – Once the budget has been decided upon, the scriptwriter can begin his work. The ball starts rolling with a conference call between the video producer and writer where the producer explains the vision of the client to the writer. Sometimes the writer may need more information and he will send a questionnaire asking for details about the target market, intended distribution, and product specifications. A good writer will spend time analyzing the client’s product including their website and their competitor’s websites and ads.

Scriptwriters use a particular program to write their scripts such as Final Draft or Adobe Story. At this stage the client and video producer have the opportunity to review the script and make corrections or suggestions to improve the script. It’s important to be critical at this stage and open to new ideas. There can be several rounds to these revisions before the client approves the script, but it’s important to get the script as perfect as possible before moving on to the next step – Storyboarding.

Storyboard – Now that the script has been approved or at least at an advanced stage of development, it can be visualized through the storyboarding process. Traditionally a storyboard is hand drawn by a storyboard artist into panels representing parts of the script. Not every angle has to be included but just the main ones to give an idea of the action, location, background, and actors involved.

There also other ways to storyboard. For example one can simply do a Google search of images/stock photos and use a program like Photoshop to create the storyboard. Programs like GoAnimate can also be used to make an animated storyboard complete with movement, backgrounds, and computerized voices. Another animated storyboard option is the free program Plotagon. This software allows you to choose different angles and characters while you write the script. This is a great way to visualize your script before the actual shoot.

Casting – Concurrently with the scriptwriting and storyboarding, you can begin looking for the talent that is going to be involved in your production. The best route to go is to hire a Casting Director or Talent Agency. They have an extensive database of pre-screened actors or voice-over artists for the client or video producer to peruse. They should be able to provide headshots, resumes, and demo reels of the artists demonstrating their skills and versatility. It is wise to choose 2 or 3 people for each role and have them come to a Casting Call. Choose a professional location for the casting call so that everyone feels comfortable. Ideally there should be a waiting area for the actors and a changing room. Be sure to have a video camera (or at least an iPhone) set up on a tripod to record each of the auditions. Once the auditions are done, the client and the video producers should come to mutual decision about who to cast.

Location Scouting – You may wish to hire a Location Manager or Location Scout who will take the script and scour the city (or world) to find the appropriate locations. Factors to consider are lighting, sound, background and accessibility. You can expect a report from the location scout that includes pictures, videos, financial costs, availability of parking, distance to base of operations, lighting and weather conditions. Based on this report, the client and video producer can decide which locations are the most appropriate to book for the production. Once the final decisions have been made the process of “Clearing the Location” can begin. This means that someone has to negotiate the fees for renting the location, get the appropriate clearances, notify residents in the area of the upcoming, and any other requirements necessary to procuring the locations.

Now that you know a little more about the pre-production process, you can be more prepared when meeting a video producer to discuss your project. Remember, this is the most critical step to creating a successful and memorable video production. Regardless of the type of video you are making, taking care to create a viable and professional script as well as hiring exceptional on-screen and off-screen talent. These are the keys to creating a successful video production.

Horacio Jones has been a Video Producer, Director, Camera Operator and Editor for over 10 years. He has directed several documentaries, short films and numerous corporate and event videos. Currently he is the owner of http://www.CinemaViva.com where he oversees the day-to-day video production and editing tasks necessary to maintain a successful video production company. He also teaches Filming and Editing techniques to students attending the Film Connection Film Institute.

I strive to offer creative video production and editing services in a timely and efficient manner. That’s why I think it is better to spend more time in pre-production in order to ensure that the plan is solid and considerations like the budget and talent, and personnel are more than adequate to pull off the production without a hitch. Ultimately, it’s more economical to do things right the first time. I’m equally comfortable being the leader or being part of a team, I check my ego at the door when I have to perform. Additionally, I maintain a comfortable, yet professional rapport with the client, crew, and cast of each production in order to promote an atmosphere of excitement, fun, and creativity.