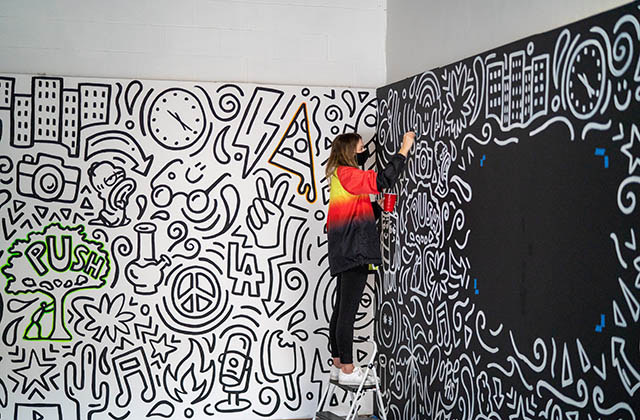 As a musician and artist, I’ve learned many things about success. One thing that’s often overlooked is that habits are important. We all know that good habits lead to long-term success, but what does it mean for artists? Here are seven habits I’ve picked up along the way:

Create a schedule and stick to it.

When you’re an artist, you need to be disciplined about your schedule. Otherwise, you’re just waiting for inspiration to strike. This can lead to wasted time and energy. What if inspiration doesn’t come? Well then you’ve wasted your day!

In order to avoid this scenario, set up a regular work routine that includes things like:

Have fun with your muscial career as much as possible.

In this section, we’ll explore how to have fun with your music career. This is important because the best way to be successful in the music industry is by being creative with everything you do.

This may sound obvious, but it’s worth saying again: having fun is a key ingredient in creating great art. Music has been my favorite activity since I was a little kid and I’ve always enjoyed being a musician as much as possible! When you find something that makes you happy and brings joy into your life (whether it’s making music or not), don’t let anything take that away from you!

It’s also important to think about what kind of image or identity YOU want people to have when they hear or see your music or art work. You should try out different things until someone comes up with an idea that makes sense for who YOU are as an artist!

Be creative when it comes to your sound and image.

The best way to stand out in the music industry is by creating something that nobody else has seen before. The following are some ideas for how you can be creative with your sound and image:

One of the most basic yet important habits that I’ve learned from artists is to network. Networking is crucial for anyone who wants to succeed in the music industry, but it takes a lot more than just going to events and shaking hands with people.

When you meet someone for the first time, be friendly and courteous right away—not only because it’s just good manners, but because these people could become very important contacts in your career. They may know other producers or labels who would love your music! Also remember that they’re busy people so don’t take up too much of their time when you chat; if they don’t have an opening now (or anytime soon), maybe they could connect you with someone else who can help out?

Once you’ve made some connections, continue following up with them over email or social media as often as possible so that they get used to hearing from you every once in a while (without being annoyed). If there’s ever anything specific going on at their studio/label/etc., mention how much it would mean for them if one day soon…and then follow through by sending over whatever form of media needed ASAP!

As an artist, you have to be willing to ask for what you want. You have to be comfortable with being called out on your worth, and if someone thinks that you aren’t worth what you’re asking, then they won’t hire you. This is a hard skill for many people: not only are we afraid of rejection, but we also don’t want to come off as greedy or ungrateful. But we’ve got to get over these feelings, because the simple fact is this: nobody else will advocate for ourselves more than we do.

If someone says no or criticizes the price tag on your work, just shrug it off and move on— because there are plenty of people who will see how great your work is and know that it’s worth every penny.

Take care of your health on the road and at home.

There are several things you can do to stay healthy as an artist. It’s important to get enough sleep, so make sure you have a routine of going to bed at the same time every night. And don’t forget to eat healthy food, drink plenty of water and exercise regularly. Even though we all want our workdays to be longer, it’s important not to overwork yourself; take time off when needed! Also be sure that you have a good support network around you—this includes family members, friends and partners (if applicable).

Your art is a reflection of you. If someone comments that it isn’t good, don’t take it personally. They might not like your style or think that what you’re doing isn’t “art.” You have to decide for yourself if something is worth pursuing and go ahead with it anyway.

If someone says something negative about your work, they are probably jealous of your success or lack thereof in their own life. Don’t let the haters keep you from doing what makes you happy!

Habits for success in any field are similar.

The habits for success in any field are similar. You should be honest with yourself, your work, and those around you.

For example: if you’re a filmmaker and you want to make a movie about how bad people are on the internet, but secretly think they aren’t so bad deep down (this is not an example from my life), then that’s going to be obvious when people watch your movie. They’ll see right through it because it won’t ring true or feel genuine. If a young producer asked me what he could do to help his career take off at some point in his life and I said “just keep doing what you’re doing,” then I would literally have told him nothing useful at all! He’d still be stuck where he was before and wouldn’t know where else to go or what else there was left for him do try out next time around either.” To be a successful filmmaker they should master concept boards because with this tools they can convey the look and tone of their film.

If you want to be successful in music, then you need to follow these seven habits. You can do it! Just remember: stay positive and keep working hard! Visit our website here to check the storyboard that we are doing.