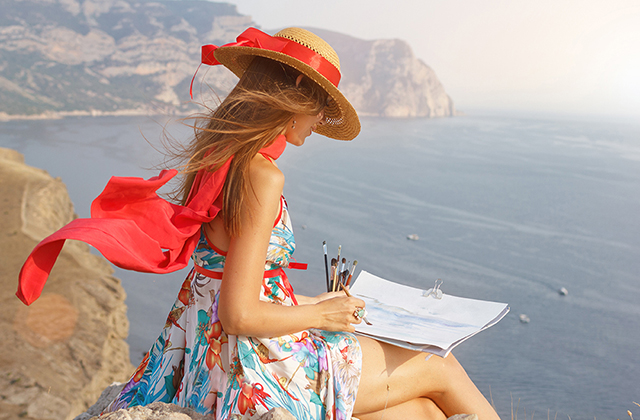 The most important thing when applying for roles in storyboard artist film is to demonstrate good drawing skills. Animation is ingrained in modern culture and media very deeply. Few children from anywhere in the world do not spend their formative years being entertained and often inspired by the animated motion pictures and television shows that dominate the screens of the 21st century.

What started as a curious experiment by the likes of Fleischer and Disney has now become an expansive industry that not only shapes the art of entertainment, but has also contributed to the advancement of seemingly unrelated fields of science! Few people can honestly say that at some point in their youth, they did not want to try to make a cartoon. For a long time, even if we had the artistic merit to pull it off visually, this was something that would be a pipe dream for most.

That was, before the digital age took full root in society. Computers have changed a lot about how we do things, and they have also brought the power to accomplish great and beautiful works to our hands. Now, it is very easy to learn how to make a cartoon animation on the computer. It is so easy in fact, that we’re presented with a veritable cornucopia of choices in how we want to go about it.

But, let’s look at a more conventional way to animate, especially for those of us who still feel at home with pens and paper, rather than vectors and inverse kinematics. Animation has for the longest time been the art of taking a series of sequential sketches, painting over them with transparent cells, and photo-implementing them against backgrounds.

This used to involve lots of expensive resources and equipment, fail to mention teams of specialists to operate the processes. Now, a single multi-talented individual can do this very easily. First, it’s a good idea to storyboard your animation. This is done in a style similar to a comic strip, but each panel being what is known as a “key frame”. These key frames are examples of distinct poses within the animation, between which a smooth series of animations should transition.

Upon designing your key frames, it is best to use thin, non-pulp paper to create your animations. Determine how many frames are between each key frame, and stack your key frames, from the bottom up, with the corresponding amount of blank paper between them. Now, begin tracing your key frame, making minor changes for a frame of movement. When you get to the next frame, trace the previous one, making further changes.

If you’ve done it right, by the time you hit another key frame, you should have a perfectly smooth transition from the last. This takes time, so be patient, relax, and be precise. Use heavy ink lines, bearing in mind what your next step will be.

Once you have your inked (or pencil if you prefer) animation frames completed, you should scan them, using a common naming convention like “frame01” etc. to preserve order in your files. Be sure to scan them all at the same DPI and dimension!

Now, you want to color your animations, and omit the paper backdrop, right? You can do this with Photoshop. Open an image, and use the magic wand tool to select the ink lines themselves. Adjust its tolerance until it gets all of it. Now, copy it, and paste it in a new payer. Delete the original layer.

Uh oh, the inks are jagged now, aren’t they? To solve this, select the layer, and go into channels, and create a new layer. Fill it with white, and a white version of the jagged inks will appear. Now, go to effects, and do a Gaussian blur of less than one percent. Then, adjust the levels until the inks smooth out. Copy this channel layer, go back to your normal layers, and just fill it with black.

Now your inks are beautiful, and over a transparency. You are now free to color your cell as you see fit.

Having made your backgrounds beforehand, you have choices in what you assemble your animations with. The easiest one is Flash, which can import your images in series, if you remembered to always save your scans and colored finals with a sequential name system. Once in flash, you can position the backdrop in a layer beneath the animation cells, and export the movie. It will export as Quicktime. You can use any number of free programs to convert it to any number of formats from this point.

This animation method is not for the impatient or easily tired. It takes hours of drawing, scanning, tweaking and coloring just to get a few minutes of animation. This is why this method is expensive and used less often as the years go by. Other forms such as 3D animation and vector/skeletal animation are faster and far less tedious… but for that organic look and classic, timeless feel… nothing beats the old ways!

It’s Fab Cartoon’s hobby to draw, scribble and also create digital art, mostly in cartoon form. In his blog [http://howtomakeacartooncharacter.com/], he shares this passion and introduces the topic to other hobby animators. Read more him at Scenesbydean.com